Olá amigos. If you ever wondered about the origin of the Portuguese language, today we have the answer. Read this article and get to know the key moments that have marked its evolution. 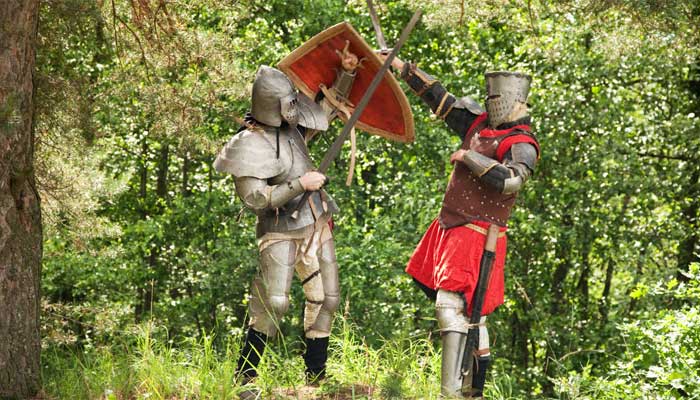 By that time, the Romans were building possibly the largest empire in the history of mankind, through successive conquers. The Iberian Peninsula was no exception.

Thus, in 219 B.C., the Romans came to the Iberian Peninsula and imposed their language – the Latin. However, the Romans who arrived in the Iberian Peninsula were almost all soldiers and spoke a variant known as Vulgar Latin or Colloquial Latin. The Vulgar Latin is associated to an uncultured language, in opposition to the Classical Latin, which was more cared and complex.

The Romans stayed for a long time in the Iberian Peninsula and therefore strongly imposed their language. It is not accident that, when we are looking for the origin of a Portuguese word (etymology), we almost always find Latin word.

Between 409 A.D. and 711 A.D., with the Roman Empire more weak, the Iberian Peninsula was invaded by the Barbarians, who fought against the Romans.

The Barbarians were a people fundamentally warrior and hadn’t a strong cultural and artistic expression. For that reason, despite to have influence on the history, did not have a major influence on culture (and consequently in the language). Only a few words of Portuguese language were used by barbarians. Interestingly, the fact that they were warrior people, the words “guerra” (“war”)  and “trégua” (“truce”) come from these people.

During that time the Vulgar Latin passes into the background and appears the Galician-Portuguese.

In 711 A.D. the Moors, who come from North Africa, invaded the Iberian Peninsula.

Contrary to the Barbarians, this people has a very strong cultural expression. At this time, the Arabic was used as the administrative language in the conquered territories.

However, during that time the population continued to speak Romance dialects. For that reason, the influence from Arabic into Portuguese language was small, mainly at the lexical level. Currently, there are 945 words of Arab origin in the Portuguese language.

The birth of Portugal

For many centuries the territory that we call today Portugal spoke a language that did not have a standard. This language was a mixture of influences that we saw earlier: Celts, Romans, Barbarians and Moors.

In 1143, with D. Afonso Henriques, Portugal became an independent country. After the separation from Galicia and Castile (Spain), Portugal can develop its language independently.

Then was necessary to create a standard, i.e., a language with defined rules. Consequently, the Portuguese king D. João III ordered Fernão de Oliveira to write the first grammar of the Portuguese language, in 1536, and, this way, settle the Portuguese culture.

The Age of Discovery and the Renaissance

During the Renaissance in Portugal (XV to XVI centuries) has increased the number of erudite words with origin in Classical Latin and Ancient Greek. This has increased the complexity of the Portuguese language.

One of these variations concerns to the orthographic rules. Thus, in 1990, an agreement was signed with the aim of standardizing the spelling of the Portuguese language.

If you want to know more about this, read our previous article “Portuguese Language: before and after 1990”

This article was a little different than usual. Normally we focus more on contemporary and pragmatic subjects. However, we believe that it is always good to know a little bit of history.

As always, we tried to focus on the key points in order to give you a clear idea of how it all happened.

We hope you enjoyed!