Did you know that the Portuguese language is spoken not only in Portugal but also in Brazil and in several other countries of Africa? Although it is the same language, it changes a little according to the place where it is.

This happens mainly between Portugal and Brazil and that’s what we’re going to talk about today. 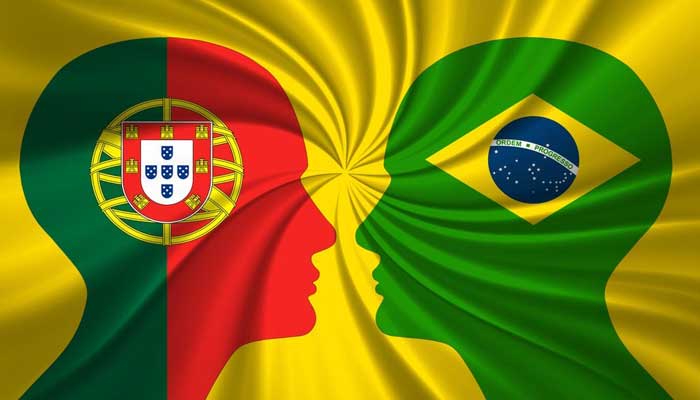 It’s important to know that the biggest difference between is not always noticed in the way words are written, but in the way they are pronounced. The main disparities are related not only to the vocabulary itself, but there are also dissimilarities in relation to syntax and phonetics – the accent.

Example: The sentence “Você está bem?” (Are you ok?) works in brasil for all the contexts. In Portugal we can say “Tu estás bem?” or “Você está bem?” depending if the situation is informal or formal.

Example: The sentence “Eu chamo-me Pedro” (My name is Pedro) changes to “Me chamo Pedro” in Brazilian Portuguese.

EXAMPLE: The sentence “O meu livro” (my book), changes to (just) “Meu livro” in Brazilian Portuguese, like happens in English too.

ABOUT Pronunciation and orthography

Example: The word “possível” (possible) is spoken in Portugal as “possível” but in Brazil the same word is spoken like “Possíveu” leaving the “U” well marked.

Example: The words animais (animals) and “restos” (leftovers) in European Portuguese are read as “animaish” and “rechtosh”.

Example: In Portugal we have the words “bónus” (bonus), “económico” (economic), and “académico” (academic). In Brazil they have the same words with a different accent: “bônus”, “econômico” and “acadêmico” because the pronunciation it’s a little different too.

However, there are still those words that have the exact same meaning, but they are different. Some of those may confuse a Brazilian or Portuguese person in a conversation between them.

To help you understand, check out the table and phrases with words that mean the same thing, but they are not exactly applied in the same way in both countries.

To sum up, you can go and speak Portuguese in Brazil and in some countries in Africa. It is because despite a few differences, is totally understandable among Portuguese speakers, no matter what country you are in.

Sometimes our students don’t recognize at first a Brazilian speaker, which is understandable, because we teach European Portuguese. However, since you are learning the Portuguese language, why don’t know it all?

If you wish, we are more than welcome to help you more. Just contact us in Porto or Caldas da Rainha.