One of the important daily topics is eating habits. At some point in your acquaintance with the Portuguese, you will start to share this information. So let’s find out how to do it right. 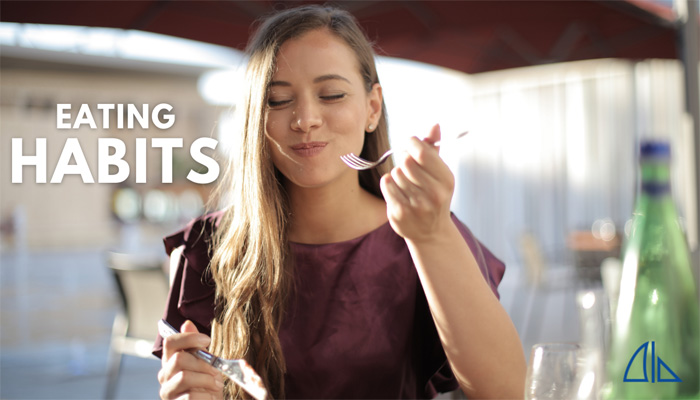 When talking about our nutrition, we can use only two verbs, because there are also two ways to eat something. These are the verbs “comer” (to eat) and “beber” (to drink).
We have not yet met regular verbs with the ending “-er” before. But today is the time to find out how they conjugate.

Remember the highlighted endings in the table above, because they are added to all regular verbs with the “-er” ending.
Na hora do almoço eu bebo cerveja e como sandes. (At lunchtime I drink beer and eat sandwiches.)

Comes carne? Vamos a uma churrasqueira! (Do you eat meat? Let’s go to a barbecue restaurant!)
However, in Portuguese there are verbs with similar endings, but there is a slight addition. Note! The following verbs end with “-cer“: conhecer (to know), esquecer-se (to forget). For these and similar verbs, the letter “ç” instead of “c” appears in the form for the pronoun “eu“. That is:

Eu esqueço-me rapidamente. (I forget quickly.)
We replace the letter “c” with the letter “ç” in order not to change the sound [s], because the combination of letters “co” reads like [ko].

Eating habits can be good or bad, useful or harmful for our body. Therefore, we need to learn two new adjectives: bom / boa (good) and mau / má (bad). Note the examples and gender of the adjective:

You can see the plural forms for these adjectives in the table below:

Also, there are adverbs such as “bem” (well) and “mal” (badly). Do not confuse these forms with adjectives.
O meu cão está doente, mas come bem. (My dog is ill, but eats well.)

We have some habits that we especially distinguished from others. For example, we always do something, but we never do something. Such habits can be called principles, even with regard to food.

Moreover, the adverbs “raramente” and “nunca” attract reflexive particles, placing them in front of the verb:

Nunca vou a este café! (Never go to this cafe!).
However, the adverb “sempre” should always be placed after the verb.
Acordo sempre cedo. (I always wake up early).

In a given topic, with the help of articles, we can emphasize frequency, duration or quantity. Simply put, having memorized this rule, you can use it with any noun.

Here we use the word “todo (-a, os, as), which means “whole / all” or “every “depending on the context. And also, be sure to put a defined article before the noun.

Try to read the following expressions correctly and learn their meaning:

This rule applies to absolutely all phrases in the Portuguese language. The main difficulty lies in the fact that it is impossible to calculate in advance where the letter “s” is in fluent speech. However, if you all the same pronounce the “s” as [sh] between two vowels, it will not be considered as error.

Despite the fact that the Portuguese language is not considered very difficult, it hides small nuances that you can only learn from a teacher. Therefore, we recommend that you visit our courses so as not to miss anything important. Welcome!

Previous post: The Subjunctive Mode (modo Conjuntivo) in Portuguese – part 3
Next post: A teacher of Portuguese language is…